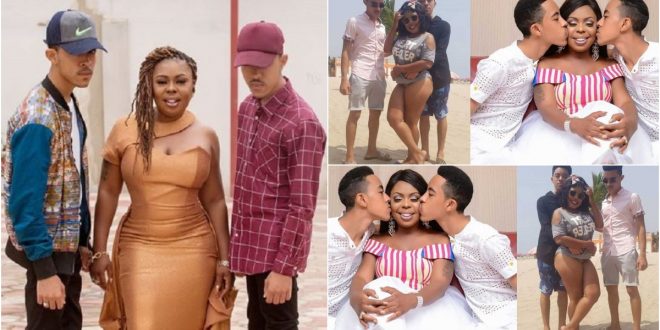 Self-acclaimed queen of Ghana comedy Afia Schwarzenegger has caused a stir after she disclosed that she has decided never to allow a lady with a poor background near her handsome looking twins.

taking to an interview with  Fiifi Pratt on Rainbow Fm, the controversial mother of three claimed that she has already made her decision known to the boys and they have decided to agree with her.

speaking on her reasons for such a decision, she revealed that she has spent a lot and tried her best even as a single parent after the death of their father so she doesn’t want any lady to come with her burdens to marry any of them.

“It’s a taboo to even see a poor lady to get close to my children and my children are aware of that decision,” said Afia Schwarzenegger “I have spent a lot of money on them so they are supposed to marry ladies from rich homes.”