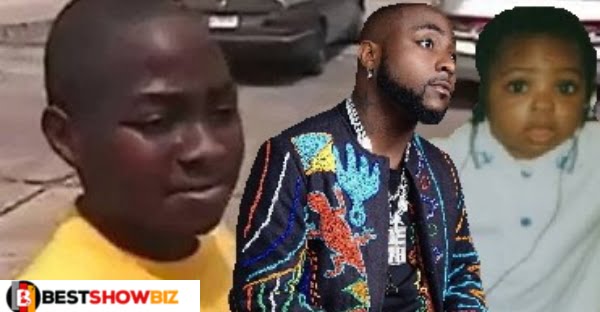 The Nigerian rapper David Adeleke, better known by his stage name Davido, has recounted how his French teacher predicted his failure while he was in primary school.

Davido, one of the most successful musicians to have come from Africa and hailed throughout the world, indicated in a one-on-one interview with media personality Taymesan Podcast that his teacher warned him he wouldn’t amount to anything.

According to the ‘Aye’ singer, he admits that he didn’t receive good grades in school and that his teacher projected his looks based on that.

When asked if he had ever taken time to reflect, grieve, or pause, the DMW leader replied:

Read Also  #Daterush: Famous apologizes to success for cheating on her

“I’ve been doing this since I was sixteen, and life moves fast.” Of course, I’ve had to cry, and not just at the loss of my friends. I cry in a number of situations. It emerges and then disappears. I cried on my birthday.

I’m quite aware of my mediocre academic achievement. I was the type of student who was never going to excel in school. My French teacher once told me that I would never amount to anything in this world. “I’m not going to lie, I was a bad kid with good intentions.”

After losing three of his friends to death’s cold grasp in 2021, Davido said:

Read Also  Offinso : “If you can not drink blood, you can not be like us,” Sakawa boys boast in a convoy of expensive vehicles (video)

My bodyguard, TJ, who had served as my security for over eleven years, was killed. My photographer, Fortune, was also lost. May his soul rest in peace. The year 2021 has been a blur. May their souls rest in peace.