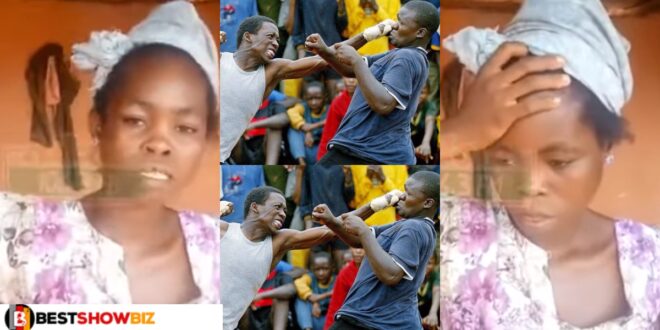 At a naming ceremony in Ghana, two Ghanaian men were at odds because they both claimed ownership of a baby.

After breaking up with Osman, a married father of five children and two wives, the woman at the center of the controversy, Akosua Margarete, aka Akosua Maggy, became pregnant with her new partner, Kofi Owusu.

Akos requested that her new lover, Kofi Owusu, pay her bride price as soon as possible so that the marriage clause could be activated three months into her pregnancy, but his family was adamant that she give birth first.

According to Akosua’s father, Kofi Owusu, then performed the ‘knocking’ rites. In response to Osman’s accusations, Akosua stated that she had been dating him before she began dating Kofi.

As a result, she believes Osman is the father of the child.

“I started seeing Osman and had no idea I was pregnant, therefore since the sign appears to be on Osman’s hand, I’ll give him the baby; Akosua said.