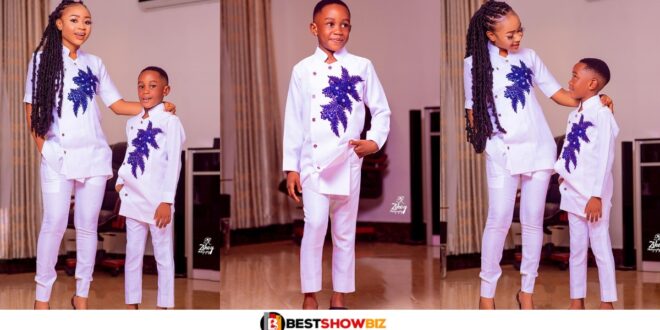 It has been revealed how the son of Rosemond Brown popularly known as Akuapem Poloo learned the hard through that her mom had been imprisoned.

The socialite had lied to her son that she was traveling on a business trip and also to shoot some movie scenes in Nigeria when she was jailed because – according to her – she didn’t want the boy to be disturbed.

However, the truth came to light in front of the boy while she was still serving her term. according to Akuapem poloo, while waiting for the results of her Covid test she was informed by her mother that her son had learned that she had been imprisoned.

Apparently, the son’s mates in School made broke the news to the boy. A fortunate coincidence allowed her to get in touch with her son in order to convince him that she was in Nigeria at the time and the news was fake.

The socialite then revealed that despite the son believing the lie, her conversation with her mother when she was released gave her away.

Read Also  "Gayism is on the rise in Ghana prisons"- Just released prisoner speaks to UTV about conditions inside the prison.
Share