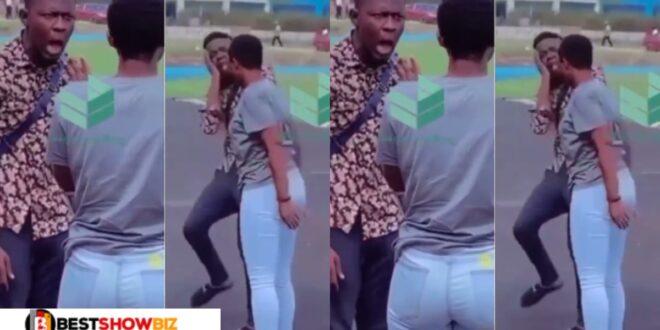 asAn 18-year-old male who forgot to l!ck his girlfriend’s honey pot has received some severe slaps.

During a conversation on Jodel, the young man disclosed that his ‘dadabee’ girlfriend, who enjoys being l!cked before bedroom sessions, had demanded that the guy go down on her, and when he failed to do so, she slapped him in frustration.

When he shared his predicament, he indicated that the relationship was in trouble based on his girlfriend’s reaction to not getting her request.