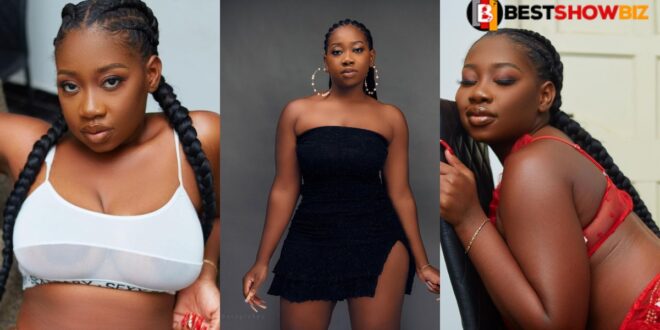 “My mother wanted to abort me, but my grandmother intervened”- Shugatti

Shugatiti, a Ghanaian actress and Instagram model, has confessed that her mother nearly aborted her when she was pregnant.

In an interview with pulse, Shugatiti said that her mother would have aborted her if it had not been for her grandmother’s intervention.

Shugatiti revealed that her grandma persuaded her mother to have her (Shugatiti).

Her grandma, according to the video, told her the entire narrative regarding her birth.

Shugatiti stated that she never stayed with her biological mother after she was born as a result of this.

Her father took her away from her mother and brought her to her grandma, who looked after her.

Read Also  "The Bible is full of lies"- Nana Tornado

Shugatiti said the last time she saw her mother was when she was 15 years old.

She also revealed that she still has no idea why her mother wanted to end the pregnancy.