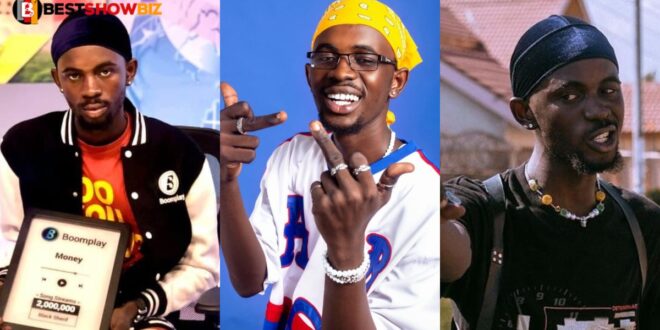 “My mother is not dead, Auntie Marie has been in Greece since I was 9”-Black sherif

Mohammed Ismail Sherif, popularly known as Black Sherif has for the first time given accounts about his parents during an interview with Serwaa Amihere on GhOne TV’s morning show.

The musician’s first objective was to promote his Second Sermon single, which included Burma Boy, but the conversation quickly shifted to the whereabouts of his parents.

Replying to the question, Black Sherif stated that his mother, Auntie Marie, is still alive and can be found in Greece, as are his parents, who are overjoyed with his musical accomplishments.

Sister Mariama, the young musician mentioned in his “second sermon” hit, was a lovely relative who died while observing morning prayers. As a result, he wrote the song in her honor to pay glowing respect to her memories.

Read Also  "A man sent me Ghc 8,000 to thank me for rejecting his proposal"- lady cries for missing opportunity

He mentioned that he was recommended to move to Greece after completing his Senior High school education, but he declined to follow his goals as a musician in Ghana.