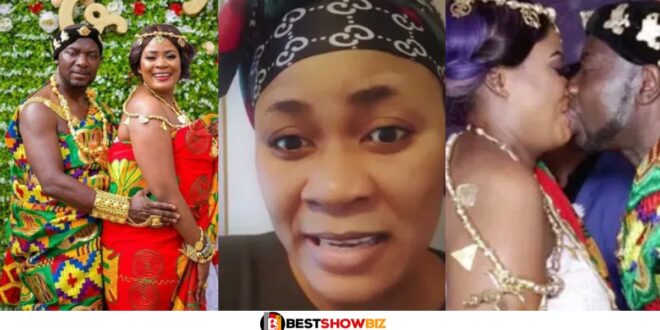 “My husband’s best friend slept with me in the morning, afternoon, and evening”- Nayas (video)

Nayas had shed many tears because the best friend of her husband caused her marriage in Germany to fail.

Nayas, a married woman, has been reduced to tears over how Owura, the best friend of her husband, destroyed her marriage in Germany.

She aired out her anguish in an audio recording that Nayas gave to Owura as a means of venting her frustration about how she felt used and abandoned.

She claims that she anticipated Owura helping her fix her marital troubles with Nana Sarfo because he is his best friend, but instead, he took advantage of the situation and slept with her. She says she thought Owura would help her work things out with Nana Sarfo.

Despite the fact that Nayas is married to Owura’s best friend, Nayas said that Owura slept with her three times a day: in the morning, afternoon, and night.

The woman also complained that she had to take care of Owura’s nieces and nephews because she was been used like a house wife by Owura.