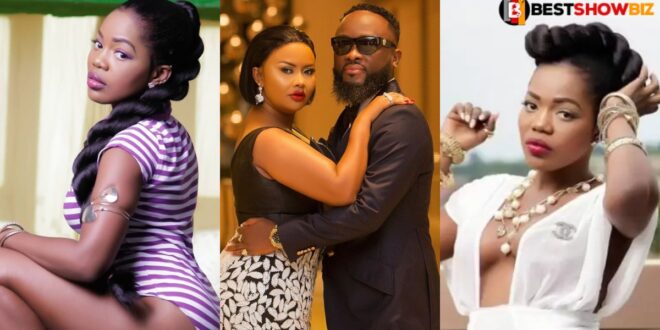 Nana Ama McBrown has opened up about her husband’s affair with MzBel.

McBrown stated in a video that MzBel’s relationship with her spouse is none of her concern, emphasizing that she had only met MzBel three times in her life.

Nana Ama McBrown, a well-known actress, has now spoken out about her husband’s (Maxwell Mensah) romance with Mzbel, revealing that she was very close to snuggling with him but that they never actually dated in the traditional sense. Despite their closeness, the 16 Years singer said in an interview with Zionfelix on Radio Universe that they did not become intimate.

Mzbel stated that, despite their mutual affection, Maxwell desired more than a casual relationship, which she was unable to provide.

There have long been rumors that the singer previously had a romantic involvement with Maxwell. In a new interview with Kwaku Manu, McBrown discusses her husband’s relationship with MzBel for the first time.

MzBel’s connection with her husband, she claims, is none of her concern. MzBel is not McBrown’s buddy, according to McBrown, who has only met her three times in her life.