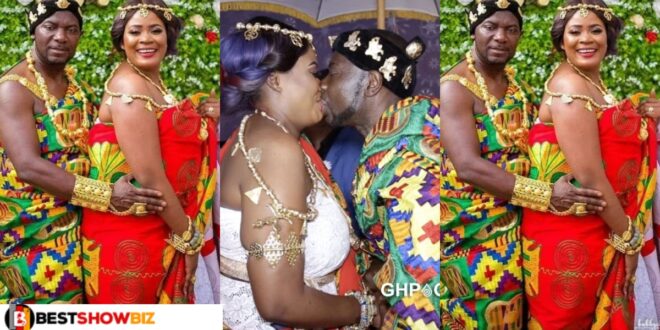 “My husband wanted to use me for money rituals”- Actress Nayas

Nayas, a Ghanaian actress who is alleged to be having marital problems, has revealed that her husband, Nana Sarfo, is a juju practitioner who intended to exploit her for rituals.

Nayas claimed in a viral audio clip that she married her husband because he promised her a monthly stipend of 500 Euro if she agreed to marry him.

She went on to say that her husband practices juju and that he married her so that he could utilize her for her money rituals, which he failed to do.

Nana Sarfo, according to Nayas, is disliked and has a negative reputation in Hamburg due to his love of juju and his constant search for methods to increase his wealth.

Read Also  Regina Daniel's mother speaks after she married a man young enough to be her son.

Nana Sarfo is claimed to have battered Nayas before evicting her from their home, claiming that he mistook her for a random female who could be used for rituals but couldn’t work due to her strong family background.