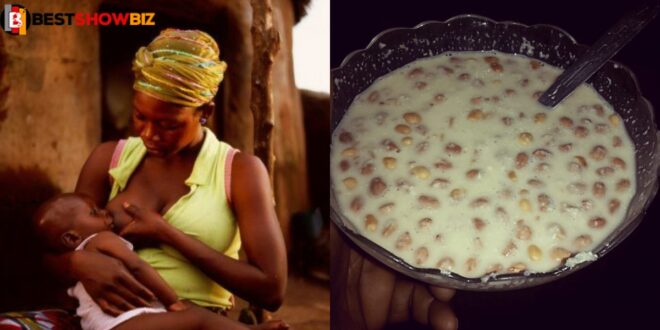 “My husband used my breastmilk for gari soakings, now he is addicted to it”- Nursing mother writes

A breastfeeding woman has expressed her dissatisfaction with her husband’s out-of-the-box experiment with her breast milk, which has now turned into an addiction.

The unnamed lady expressed her concerns to marriage counselor Joro Olumofin, stating that her husband once decided to drink gari soakings with her breast milk as a joke, but that he has gotten extremely fond of the unusual combo since then.

She claims that she has been squeezing out her milk for the husband for the sake of peace, and that he now competes with their kid over who should get the most in a single day, a situation that is consuming her.

Her post read in part; “I put to bed some months back and husband drinks my milk and he’s now addicted. I have started squeezing for him and my baby.