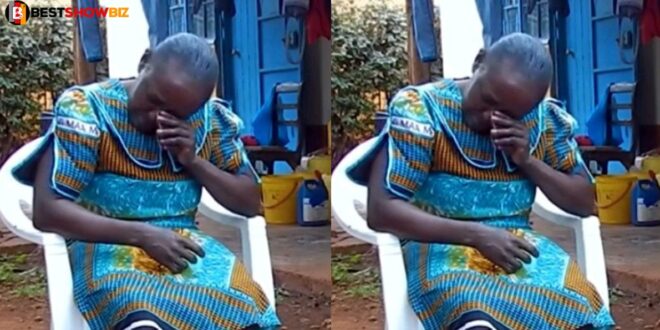 Virginia Wacera had been married for 19 years and had one child from that relationship. Her husband used to place hot peppers on her pr1vate part, she bitterly said

Her marriage was going well until her husband died four years ago. Her spouse became an alcoholic, and as a result, he became quite violent. Virginia was always beaten up by him, but she allowed it because she hoped he would stop his terrible habits one day.

Virginia chose to leave her husband after he viciously abused her, locked her in the house, tied her hands, and afterward put hot pepper on her pr1vates, leaving her to die alone.

He apologized and vowed to change in a few months, and Virginia accepted him back, but this was the greatest mistake she had ever made. Virginia continued to live with her husband as he got more abusive.

He packed his possessions and left home one day, but after three months he returned, and this time he determined to commit suicide, which he did, and Virginia lost her husband as a result.

Despite her alerting them whenever her husband attacked her and their constant support, her inlaws have accused her of murdering him.

Her spouse left some property behind, but it is in the hands of her inlaws, who are unwilling to assist her in any manner. She maintains she has no animosity toward them and that she has already forgiven them.

She has pushed married couples to leave if their marriage isn’t functioning, claiming that this is how most women die young while waiting for their husbands to change.