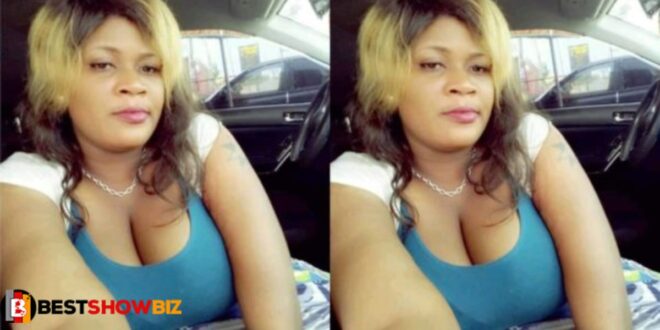 “My husband paid people to disgrace me” – Nayas

Gladys Mensah Boaku, popularly known as Nayas, an actress and former girlfriend of Ernest Opoku, has finally spoken out about the problems in her marriage.

According to the actress, she has been having problems with her husband for some time but has always been able to keep it hidden from the public.

In an interview, she explained that the reason she kept it hidden was that she thought she was saving her marriage.

She went on to say that her husband has persuaded her that she is hated by Ghanaians because of her previous relationship with Gospel musician Ernest Opoku.

But, when they started having problems in their marriage, her husband contacted some bloggers to disgrace her and insult her.