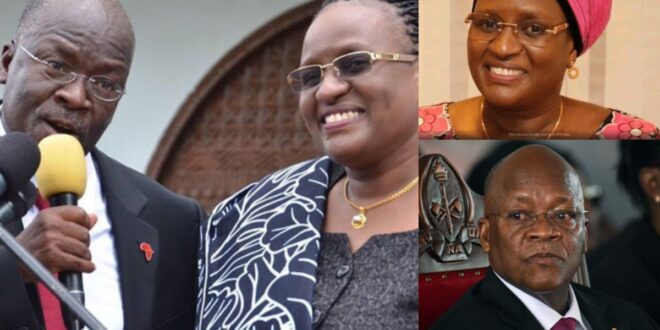 Janeth Magufuli, Tanzania’s former first lady, has paid tribute to her late husband after his death on Wednesday evening.

In an emotional speech to the state, the former First Lady commented on the happy times she had with her late husband and didn’t shy away from mentioning his romantic side.

The First Lady recounted how her late husband was romantic when it came to marriage, in addition to being a jovial man full of humour and laughter. The First Lady expressed her sorrow for the good times they had.

“He liked morning sex, and I will miss him terribly,” Janet Magufuli said. She went on to state that President Magufuli was a devoted man who cared profoundly for Tanzanians and was committed to ensuring that their economy developed to new heights.