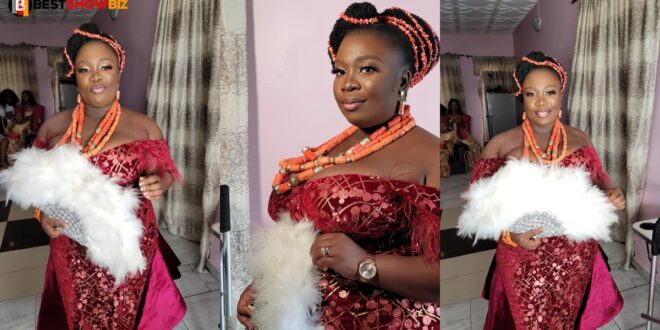 On Sunday, July 18, a lady known as Nkechi Bianze rushed to Facebook to post about her wedding, which took place in Delta state on Saturday, July 17. Her spouse is an Imo indigene, according to the woman.

Aside from her stunning photographs, folks were taken aback when she disclosed that she had not paid a bride price.

She also never knelt to offer her spouse a drink, as is customary in Igbo traditional weddings, according to Nkechi.

According to the new wife, they modified some of her people’s customs and traditions so that the occasion fit them.