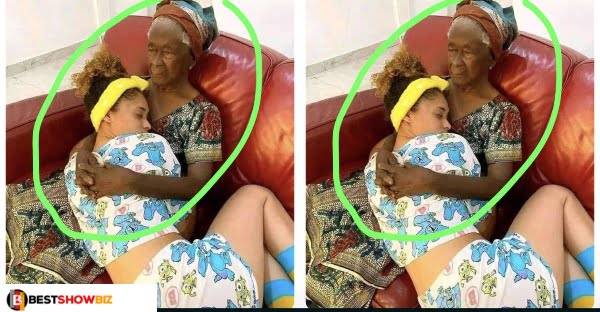 “My girlfriend sent me this picture after we broke up what does it mean?” man ask on social media

A young man turned to Twitter to ask questions and get confirmation on what he should do next. As things stand, he is completely perplexed and unsure of what to do.

According to him, he broke up with his girlfriend, and after the split, she sent him a photo of herself weeping in the arms of her grandma.

He had no idea what the picture signified. He sought interpretation because he was terrified for his life. We don’t know what caused the breakup, but many people on Twitter asked him to go get his girlfriend back, but it appears he isn’t ready to make up with her.

Read Also  Celebrity madman 'mona mobl3' reveals how much he charges for an interview. (video)

Some speculated that her grandma would come after his life and harm him.

In the image, you can see how furious and upset the grandmother and his girlfriend are. They are clearly emotional, and the female appears to be really wounded, while the guy appears to be over the relationship.