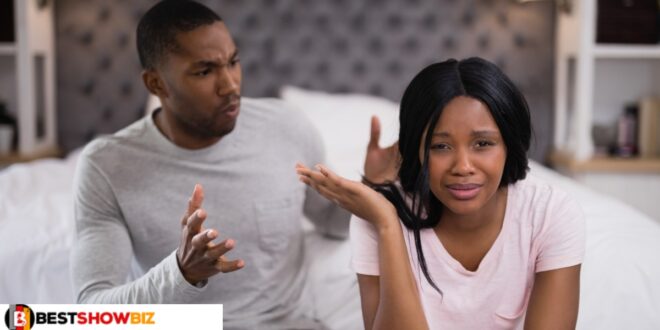 A young man who is tired of being his girlfriend’s “sugar daddy” has come out to complain about how she labeled him a stingy man for asking her to contribute.

The lady has been staying with him for a few months, according to the young man. She has all the rights and perks of a “wife,” yet she refuses to pay her fair share for what she was enjoying.

” My girlfriend is angry at me because I asked her to contribute towards our household expenses. It’s been 2 days without her talking to me. She moved in with me in August because she found a job in my area. September and October I didn’t say anything when she got paid.

She got her 3rd salary on the 15th and I asked her to buy groceries, electricity and pay DSTV. She told me it’s rude for a man to ask a woman to do that. I even heard her telling someone on the phone that I am becoming stingy like other guys. I told her if she doesn’t want to contribute she must go look for her own place.

I pay 8k rent and drop her at work every morning and fetch her in the afternoon. She uses my WiFi and watches Netflix that is paid for by me. Everything she uses in the house is mine. How does that make me stingy? What’s her money for? I know this is a conversation I must have with her, but is this what women expect, generally?