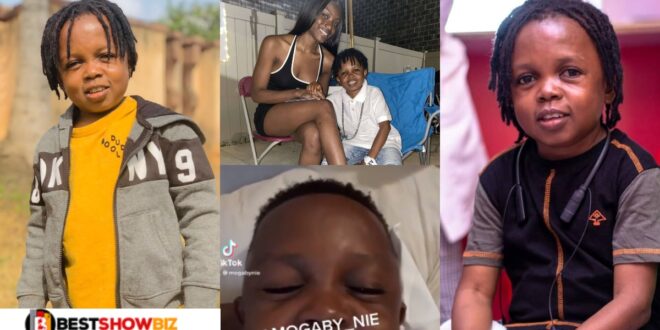 Don Little, a Ghanaian actor, stated in a recent Instagram post that his fiancée, whom he is seeing, offered him $10,000 only so he could cut off his dreadlocks.

According to the actor, he became a Christian after meeting the lady she is currently seeing. He also claimed that he has met someone he loves at least and is willing to go to any length to make the relationship work.

Don Little, who looks incredibly gorgeous after shaving off his dreadlocks, was spotted reclining on his bed, flaunting his new appearance to the entire world.

Sharing the video on IG he captioned it saying; “Thank God @1don_little is born again after meeting his love ❤️.”