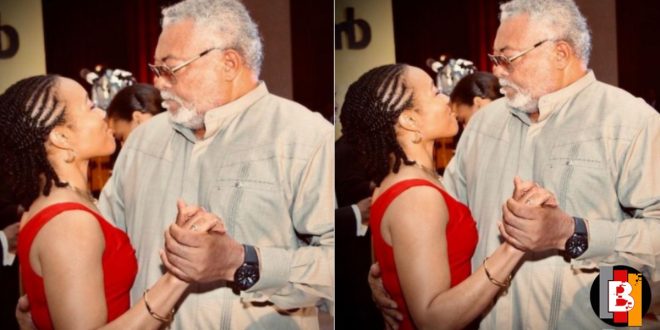 “My father was a perfectionist, he cared about the little things”- Zanetor Rawlings

The eldest daughter of the late former president of Ghana, JJ Rawlings has said somethings about him that will make people know the sort of man he was before he died.

Zanetor Rawlings as she is called described her father as a man who cared about the little details of everything.

According to Zanetor, she and his father once walked down the stairs of the castle and she was asked how many steps she had counted.

This shows how detail-oriented the former president was, Zenator added that she learned a lot of things from her father in public but the most valuable lesson was learned when he was in private.

She said her father was a passionate well driven man.

“In many ways, I think I experienced some dimensions of him by observing him in the public domain, but privately he was passionate about things… he was a perfectionist,” she stated.
Dr Agyeman-Rawlings, who was interacting with the Ghana News Agency during a vigil in honour of the late First President of the Fourth Republic, said her father was a perfectionist, who would pick on the “strangest thing he observes so much.

“I remember when he was at the Castle, he walked up the stairs, he just turned and asked me how many steps did you count? I didn’t have an answer, but he had a way of bringing your attention to little details…” she said.