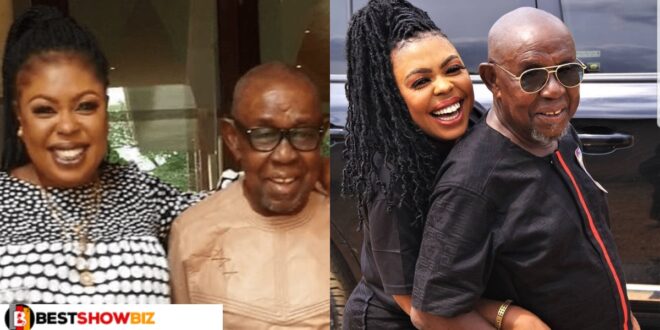 “My father is dying of cancer; please donate money to save him”- Afia Schwarzenegger begs (video)

Queen Afia Schwarzenegger has jumped on the latest craze, the most sophisticated method of asking for money from strangers.

After Nigerian rapper Davido begged for money from his fans yesterday, it’s become something of a sensation.

Davido, a multi-millionaire son, released his bank details yesterday, requesting that anybody who believes he has given them hit songs bless him with money.

Davido was able to raise almost 100 million naira in less than 12 hours, to the point that his account was banned.

Following that, other celebrities, such as Afia Schwar, have used it to raise donations for their own causes.

If a rich son can get this kind of aid from strangers, Schwar believes she has the right attributes to beg for money because her father is dying of cancer.

The health of Afia Schwarzenegger’s father has long been a concern. The elderly man is frequently unfit and appears to be depressed.

Fans have previously questioned why Afia Schwar would not fly her father abroad for proper medical care, but she has retaliated with insults, claiming she has been doing her best for him and even breaking her account on the subject.

But it wasn’t until she began to beg for money that she disclosed exactly what’s wrong with him.