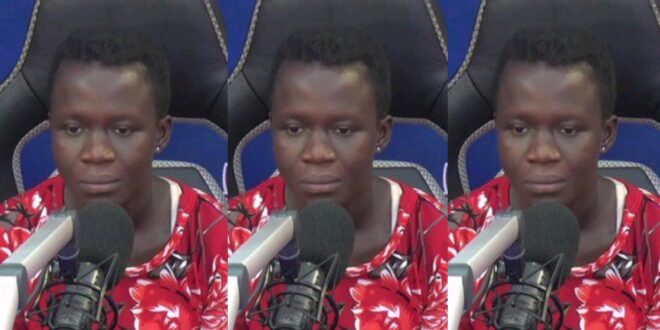 A young woman has revealed a harrowing trauma that she endured at the hands of her own father when she was a very little child.

The woman, whose name was only disclosed to be Mawoena, detailed the sexual abuse that she had suffered at the hands of her biological father for many years.

Mawoena, who asserts that she is still in her teens, continues by disclosing the fact that her father first engaged in “making out” with her when she was at 14 years old.

“I’ve already told my father that he can’t add me to as a second wife. For three years, my father “slept” with me. at times, I start to feel very sick.”

My mother caught us a few times doing “it.” She decided not to file a complaint in the end.

When I got pregnant in the third year, my father made me take a medicine that turned out to cause an abortion.”

The young woman lamented the fact that efforts to get her father to pay for her actions has been futile, she detailed how she reported her father to the piolice but as released on baile and is no where to be found.

According to Mawoena, who was speaking in an interview on Oyerepa 100.7 FM, her mother has also fled Ghana out of disgrace.

“I went to the Amasaman police station and stated my father had been “sleeping with” me after the abortion nearly cost me my life.

My family brought my father to meet the police, but he was released on bond and is still at large. My mother also fled to Togo because she could no longer bear the disgrace.

Even though he now lives with his friend, my father still sends someone to check on me every day”