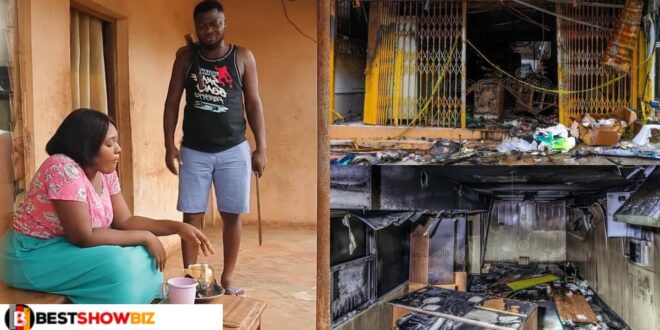 A young man has told a gruesome story of his father setting fire to his mother’s shop after she got tremendously successful in her business.

This tragic occurrence was brought up by a Twitter user known as @nelsoncj3, in response to a comment that criticized Nollywood for their misconceptions about Igbo men and their culture.

This tweet was intended to benefit women, yet it appears to be a threat to women in another way.

To back up his post, he revealed a disturbing anecdote about how his father ruined his mother’s business because his mother became successful in her business.

In his own words,

“You know what my father did when my mother started a hugely successful kerosene business? He got jealous and burnt her shop then destroyed her wares. But sure, patriarchy protects women”