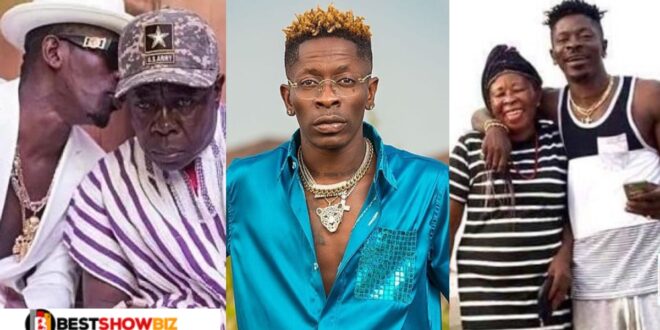 Shatta Wale, a Ghanaian dancehall act who was recently released from Ankaful prison after faking being shot, has revealed why he despises prophecies.

This revelation was made by the “Borjor” hitmaker in the song Jailman, which was inspired by his time in prison and the struggles and pains that he went through while in the cell.

Speaking about the prophecy, Shatta wale revealed that a prophet once prophesied to his parents, causing them to divorce when he was barely old enough to have divorced parents.

According to Shatta Wale, a lot of people have been put in a state of confusion and fear by so-called prophets who spit death in order to make money off people, which is what happened to his parents.

He went on to say that prophecies have led to brothers becoming enemies after a prophet warned one to be wary of his brothers.

He sang about his ordeal in his song, saying;

” It was my birthday eve I take give Ghana.

Ebi this prophecy thing weh break my mother and father. so you see where idey come from? Psalm 32 verse 8 says I will teach you and instruct you the way you should go. That bi God