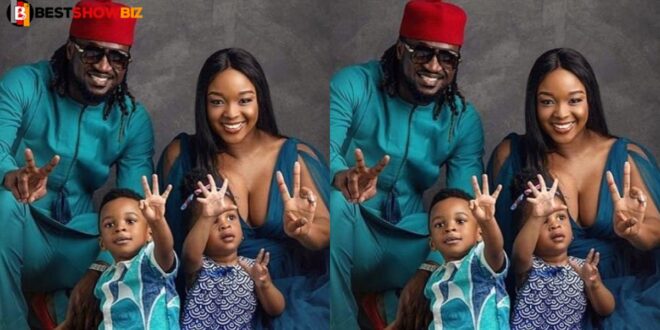 Paul Okoye, widely known as Rudeboy, a Nigerian musician, has finally spoken out on the divorce rumors on social media.

We previously reported that the singer’s wife, Anita Okoye, filed for divorce from Rudeboy after the legal papers surfaced on the net.

His lawyer, on the other hand, replied to the news implying that he and his client Rudeboy had not received a divorce brief, but another document with the spousal support demand appeared.

In an interview with an on-air personality, Do2tun, Rudeboy stated that it is unpleasant to watch individuals trash anything they want about their family, emphasizing that the family needs peace.

He added that it’s nobody’s business to know anything about their family.

“I am a family man and sometimes when I see issues and it goes to the media, I will be like I wish one person can just zip it. You know why? People will get tired but you see when you talk, you know. So, for me, it’s like I think we’ve rested for more and we are the highest, even ‘Boys II men no reach that level”, he added.