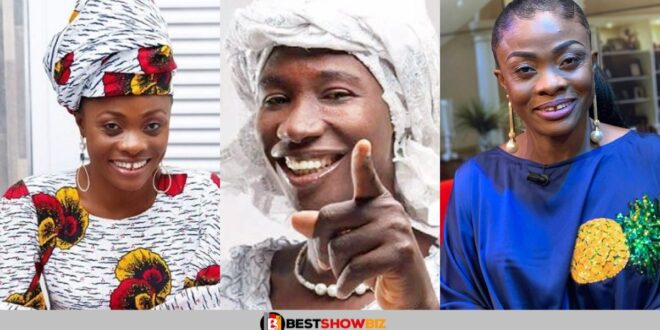 “My English is better than Diana Asamoah” – Cecilia Marfo (video)

Cecilia Marfo made the declaration during a recent interview with Okyeame Quophi.
Cecilia issued the challenge after singing a few English songs to praise God in her new music.

“I speak better English than Diana Asamoah. She should get in touch for a competition… one of these days, I need to sit with her on a one on one English speaking competition…”, she said.

I’ll pay to see this competition.