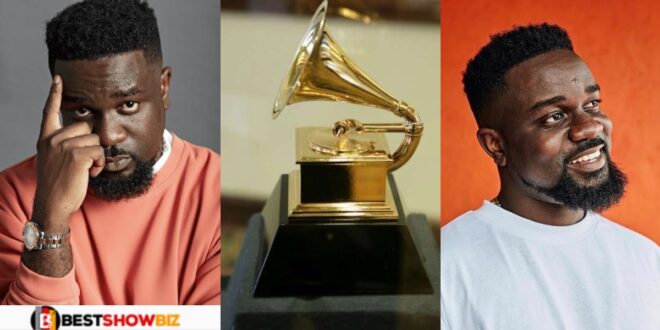 “My dream is still to win the Grammy Award”- Sarkodie

Sarkodie, a Ghanaian rapper, has stated that winning a Grammy award will bring him enormous delight as an artist.

In a virtual conversation with Twitter influencer Kalyjay, Sarkodie revealed this. During the conversation, Sarkodie stated that the Grammy award is an honor that every artist in the world aspires to receive.

“That is the pinnacle of an artist’s career, and it is what they strive for.” He stated his case.

He then revealed that he has been yearning for the award since his ‘Sarkology’ album was dropped in 2014, but that it will be a fantastic honor for his career.

He went on to say, “It’ll be the icing on the cake of my career.”

Grammy is an award given by the Recording Academy to honour achievement in the music industry for educational purposes.

A gilded gramophone is depicted on the trophy. The Grammy Awards are the first of the year’s major music awards presented by the Big Three networks.