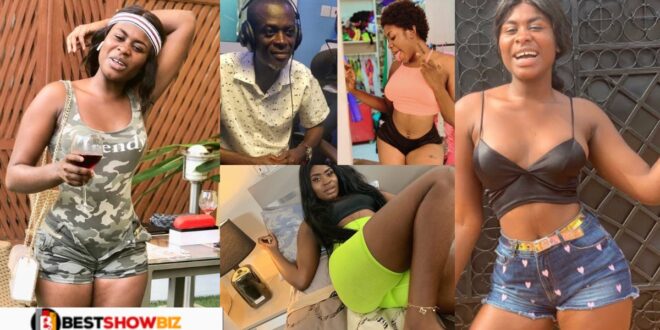 “My daughter is not a prṑst!tute she dresses like that because of show business”- Jackson Bentum

In an exclusive interview, the father of Ghanaian actress and musician Yaa Jackson has spoken out about her daughter’s fashion and lifestyle.

According to Jackson K. Bentum, a movie producer and director, his daughter dresses for show business but is not a prostitute as most people believe.

He went on to say that Ghanaians should respect her daughter and recognize that she is a good girl who only exposes herself on social media and other platforms because she works in the entertainment business and wants to be relevant.

Yaa Jackson, according to Jackson K Bentum, is a star who is required to dress as such, therefore people should stop making a big deal out of it by labeling her a prostitute.