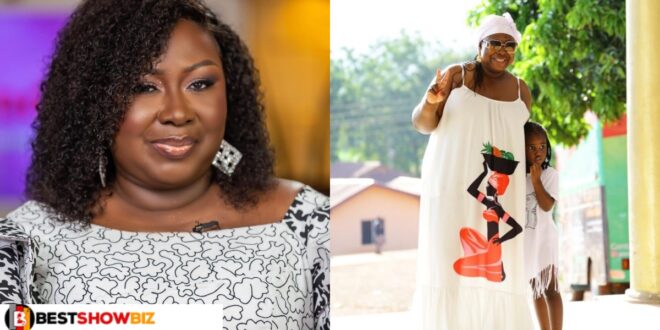 Oheneyere Gifty Anti, a well-known Ghanaian radio and television presenter, has updated her condition following a tragic accident with her daughter yesterday.

Yesterday, Oheneyere Gifty Anti revealed on her Facebook page how she and her daughter were engaged in an accident. A motorist rammed into the rear of her car, she claims, leaving her hurt and scared.

Gifty Anti has disclosed in the most recent update that she and her kid, who was originally frightened by the tragedy, are doing well and have returned home.

She thanked every one of her well-wishers in the post for their outpouring of affection for her family in the aftermath of the catastrophe that could have lost her life.