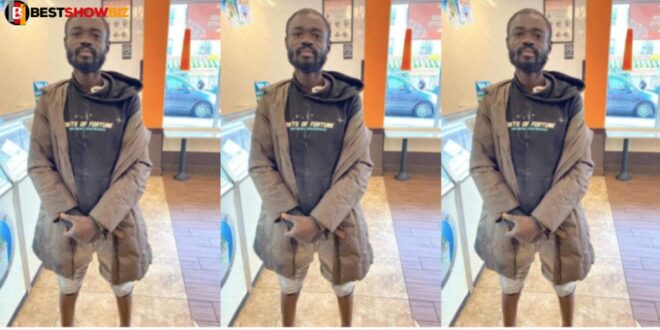 “My brother has a mental problem, he is not homeless”- Brother of alleged homeless Ghanaian living in USA speaks

According to the report, the man is from Ashongman in Accra, but he wants to receive financial assistance so that he can return to his roots because life in America, particularly in New York City, has not been kind to him.

However, according to recent information, the man is not homeless in New York City as previously stated, but rather suffers from a mental illness, which may be the reason he left home to live on the streets of New York City, posing as homeless.

Following the viral release online, a brother of the ‘homeless’ New York City guy under discussion revealed this.

Take a look at the image below: