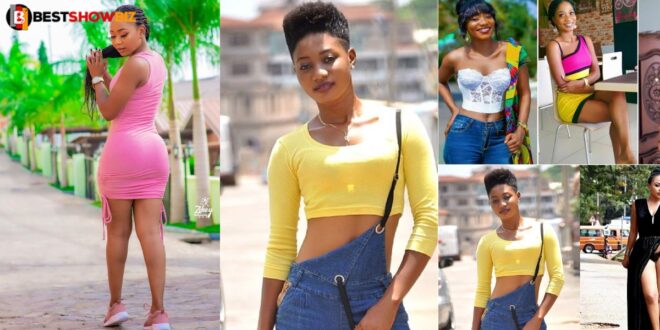 Taadi Beyonce, known in real life as Maame Esi Forson, has a high opinion of herself.

In a new interview with ZionFelix, she extolled the virtues of her own persona.

The Ghanaian comedian and film producer believes her brand is more significant than others.

Nickchels Skincare recently signed her on as an ambassador, and she is excited about it.

The Deal between Maame Esi and Akuapem Poloo was inked on the same day.

Esi was adamant about disclosing the cash she received from the transaction when she was questioned about it.

Zion then mentioned GHS 50, 000, which Poloo had divulged to him earlier, but Maame Esi was adamant about not accepting it.

She added that her brand is distinct from that of Akuapem Poloo, and as a result, she does not accept peanuts in exchange for such arrangements.