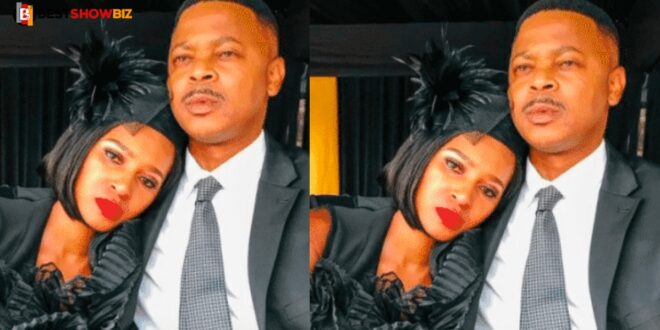 A netizen shared a stunning account about meeting her dead boyfriend’s wife and twins at a shopping center.

According to the lady, her boyfriend’s mother called her five years ago to say her son had perished in an accident.

They were not officially married, so she heeded her mother-in-request law’s not to attend the funeral or burial.

After a period of mourning for her ‘supposed’ dead boyfriend, the lady recounting the story finally moved on.

Fast forward to the mall, where she met her long-lost boyfriend, his wife, and twins.

She posted: “5years back on this day, I received a call from my boyfriend’s mother telling me her son was involved in a car accident and dies on the spot, 2 make it short, she asked me nt 2 attend his funeral since we weren’t married, today l met her son at the Mall with his wife and twins.

I remember mourning his death, used to cry to sleep, we dated for 10 months, everything was perfect, we loved each other but fake death happened.

I remember meeting his only friend l knew nigga console me even wiped my tears, showing sympathy towards me, telling me it will pass and shall go on with my life, he’s in a better place

As l was standing in front of him with my eyes straight onto his face, he said to his wife”babe can you and kids wait for me in the car I’m coming, Me,so you not dead neh like your death was a lie? Nigga said l had no other choice but to lie about death it was his mom’s ideas

Went on and said he impregnated her and both families wanted him to marry her,so they got married later she gave birth to twins,I was out of words still shocked didn’t know what you say or do, Nigga plead with me to come with him til by their car coz he doesn’t want troubles later

I was so shocked seeing him today even told myself even they say people do look alike but that’s him then l wanted to clear my doubts l turned and followed them,l call out his name, little l didn’t know he turned back and say”yes can I help you?l went straight towards them.