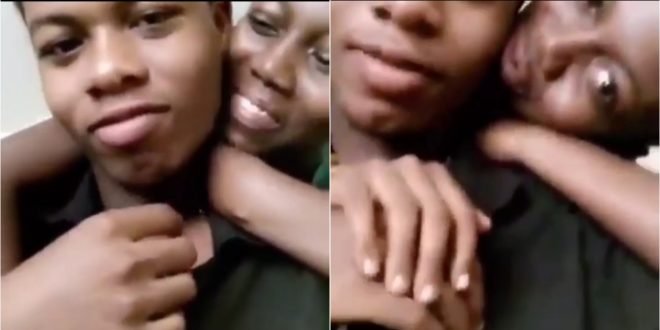 The term Bestie has now become a widely used phenomenon in Ghana, it is a relationship between a boy and a girl who probably have a crush on each other.

people involved in Bestie relationship claim it’s harmless and there is no sexual involvement in it but that is far from the truth.

Most people who call themselves besties actually chop themselves and it’s more like a new word for friends with benefits.

A video we have spotted online shows a young lady chopping love with her bestie in the absence of her boyfriend.

The lady knowing her guy will not be happy if the video gets out, told her bestie not to send post the video but rather send to her and she will post after hiding her boyfriend from seeing it.

Any guy who has a girlfriend with a bestie should be very careful as things go on behind the scenes that you don’t know about.