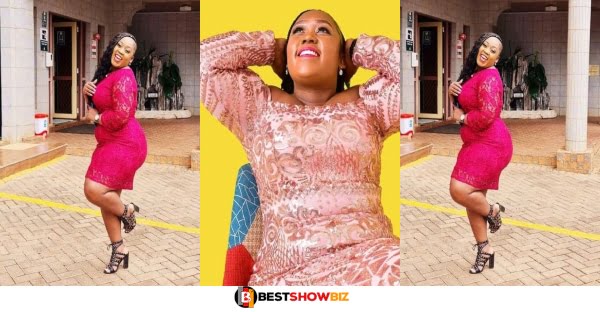 “My boyfriend, who is a pastor, left me a week to our wedding after finding out I can’t conceive.”- Gospel artiste reveals

One of Kenya’s most well-known gospel singers, Lydiah Wаirimu Muchiri, opened out about her long struggle to conceive and give birth to a child.

Her marriage and relationships, according to her, have been ruined by this and she doesn’t know what the source of her infertility is.

While in middle school, Lydiah met her husband, who was a widower with two young children, and they stayed together for four years.

After some time passed without her getting pregnant, the musician began to wonder why. “In spite of the fact that I’ve never used birth control pills or done anything else that would prevent me from getting pregnant, I find myself in this situation. I aspire to be a parent, “she stated in an interview.

The 32-year-old started seeing gynecologists, and they informed her that her uterine tube was obstructed. She’s been adjusting to her new situation.

“Immediately after the procedure, it became clear to me that I was pregnant. However, this never happened “She went on to explain.

According to Lydia, her inlaws couldn’t wait but interfered in the marriage and the guy broke up with her. “We broke up because of relatives and still talk to this day. His kids still come to visit and call me mom.”

After a few years, she met a pastor and started dating him. Everything went according to plan, and the couple even decided to get married but things went south again.

“As soon as we began our relationship, he was made aware of the fact that I was already married and hadn’t given birth and made him away we may never have a child and he was very much okay,” she said.

She got concerned when the man of God severed off contact with her less than three months before their wedding. Lydiah made every effort to get him to open up, but he was adamantly opposed.

“Within a month of our wedding date, he brought several elders to my parents and informed them that he had canceled the wedding due to my inability to conceive,” she explained.

The singer continues to pray that God would one day open her womb.