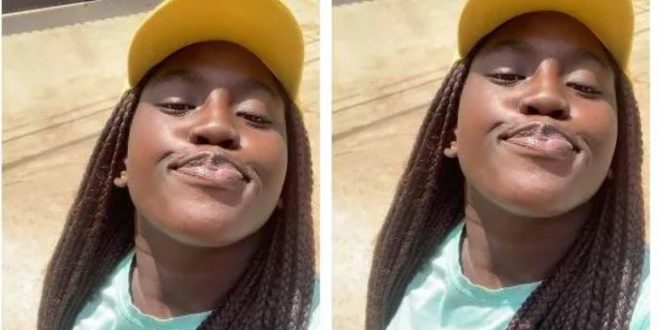 Some men actually don’t have manners and the case of a pretty Ghanaian girl called Esi has been circulating on Twitter after she came out to narrate what her boyfriend did to her.

According to Esi, she and her boyfriend went to visit a friend of his, anytime they go to any of his friends house, she was asked to wait outside, but this time around, his boyfriend showed him these room and she made herself comfortable.

she said her boyfriend went out with his friend to have a short talk and later returned to her with the reques that his friend wanted to “see too”.

She said at first she thought she was joking but later realize he was been serious from how he was pressuring her to agree to it.

His guy needed money and had already traded her with his friend for the cash.

Esi said she angrily forced her way out and broke up with the guy later on.

He guy is threatening to release her nudes but Esi still broke up with him.

See the screenshots below