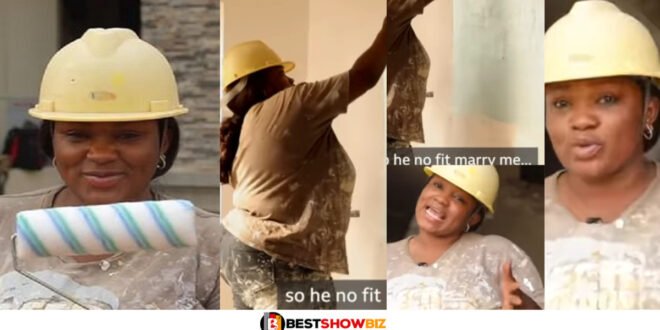 Women are now taking on careers that even some males would not consider. Those males may consider themselves as graduates.

Masonry, barbering, drawing, and painting. Just a few tasks for guys or should I say layman, well!! “I don’t want to confuse professionals and laypeople.” Maryam is who we should be discussing.

Meet Maryam Rita Christopher, Abuja’s fat female painter. Maryam’s size has startled people when she posts how she hustles on social media. They also uploaded her video where she discusses her journey as a female painter from the beginning to now.

Announcement of admittance for Maryam. As if admission wasn’t coming. She decides to learn to paint with a guy companion. Though she is a fanatic. The admission came, but Maryam had left…. She was into the painting that she skipped school and is now her own boss.

Drawing and painting in hotels. In the video, she says she enjoys painting for the pleasure of it.
« It’s not all about the money, but the creativity and exposure have helped me fall deeper into the work,» she remarked.

But, like much other employment, there is always something that makes you want to quit or feel like you don’t belong there. So, Maryam. Her friends ignored her for unknown reasons.

This was not her nightmare because her avoidance made her do her favorite activity (painting). Do you know Maryam’s nightmare? ‘LOVE’. Her ex-boyfriend refused to marry her back then.

In reality, he dumped her. Saying she’s constantly messy and untidy because of her job, aww. “A strong woman never gives up” she moved on, sought, and pushed hard to where she is now.

And the trending video has influenced many female adolescents. I must confess that I admire her hardworking, experienced, and humorous nature. It’s a joy to hear her sing. It’s even hilarious in her pidgin 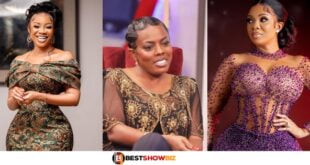 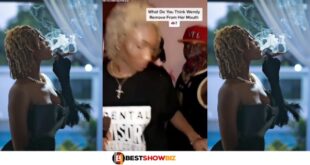 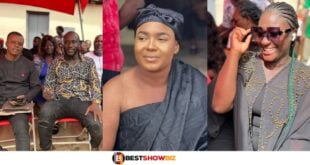 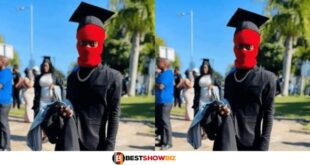 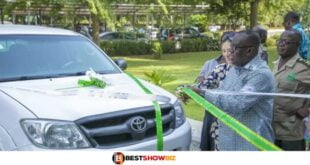 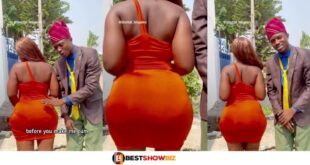 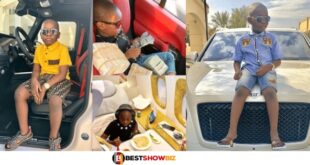 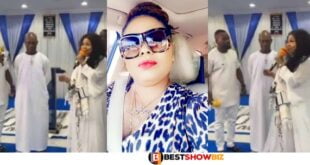 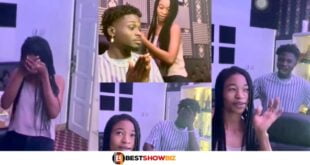 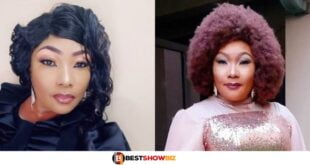 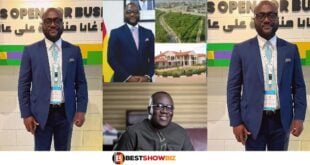 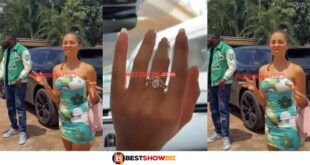 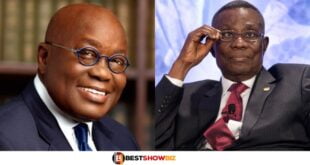 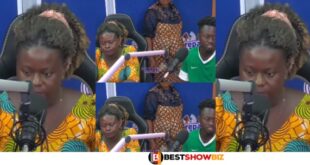 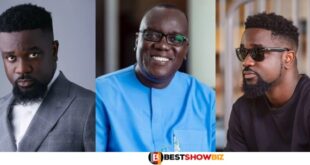 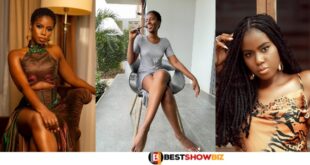 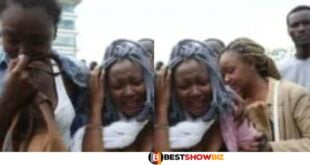 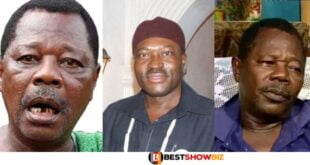