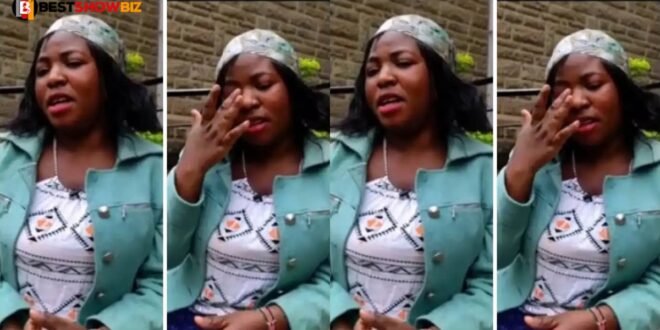 Ellena has been a housekeeper since she was six. Her father died when she was young, leaving her in the care of her mother, who couldn’t afford to send her to school.

My mother became an alcoholic because she couldn’t support us, so I had to shuttle her around and work as a housekeeper for others.

Her boss would often force himself on her late at night in front of his kids. Nobody knew Ellena’s situation.

So she returned home, but her mother always took her to other houses to get money.

Ellena has been a housekeeper since she was a child. To escape her mother’s thieving ways, she opted to get a job at the age of 17.

Despite not being able to attend school, the housemaid still hopes to fulfill her dream of becoming an actress.

She also advised parents to pay close attention to their children’s words to avoid a repeat of the occurrence.