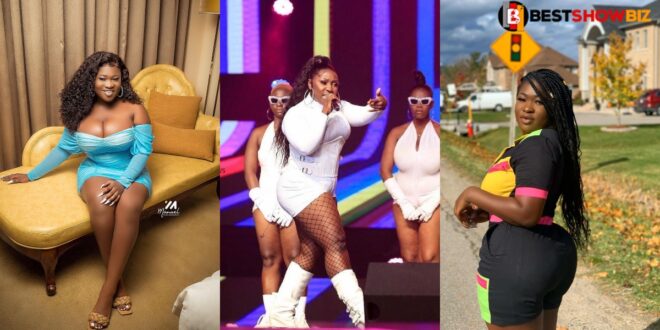 Eno Barony won the Best Rapper of the Year award at the just-completed 2021 VGMAs, defeating opposition from Sarkodie, Medikal, Amerado, and others on the night of Ghana’s biggest music event.

She acknowledged her delight at winning the hotly contested trophy, noting that while working hard for it, she did not expect to receive the honor so soon.

However, Sista Afia, a Ghanaian singer, claims that her feud with Eno Barony helped the female rapper win the Best Rapper title.

Sista Afia claimed in an interview with Fiifi Pratt on Kingdom Plus FM that she highlighted Eno Barony so that it would be appreciated by most Ghanaians and major industry professionals, which helped her win the award.

She also claimed that she manufactured her dispute with Freda Rhymz and Eno Barony in order for female musicians to achieve recognition.