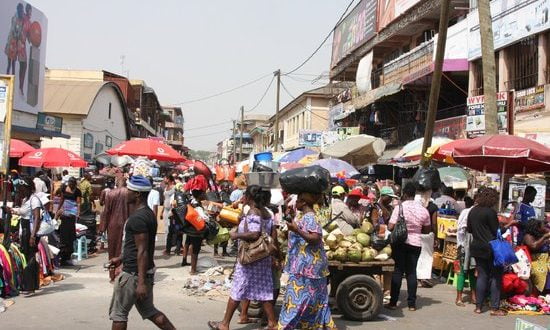 A lady has revealed to Instagram blogger Zion Felix that her aunty has been tested positive to the pandemic COVID-19 but she still goes to the market and sells.

according to the lady who is identified as Rahina, she and her aunty sell pepper at the Agbogboloshie market, went to the hospital, and was both tested positive to the virus.

they were told to go home and isolate themselves and that some nurses will come and take care of them, up till now there is no nurse who has stepped afoot there.

and because of that, her aunt has been going to the market to sell, according to the lady, her aunt told her when people ask why she has been coughing she tells them it’s out of the pepper she sells.

the lady as she tells the blogger the story says she is very scared the case of the COVID-19 will rise in no time because she fears her aunty has transferred it to about 3000 people.

read from the screenshots below;