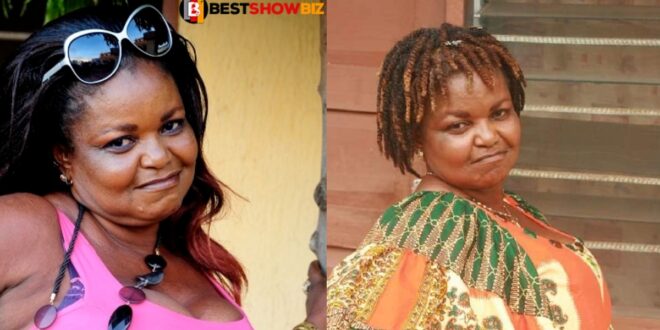 “My appetite for sḝx has vanished, I don’t feel for it again”- Auntie B

In a recent interview, popular veteran actress Naa Okleh Okanteh, often known as Auntie B in the entertainment world, made a surprising disclosure about herself that stunned the whole industry.

She has never had feelings for or slept with a guy since the death of her husband Santo, who died several years ago, according to Auntie B, who appeared in the popular Efiewura television series.

When asked about her desire to have s3x with another man, Auntie B stated that she no longer has the desire to do so because all she thinks about is how to advance in life and make a living for herself.