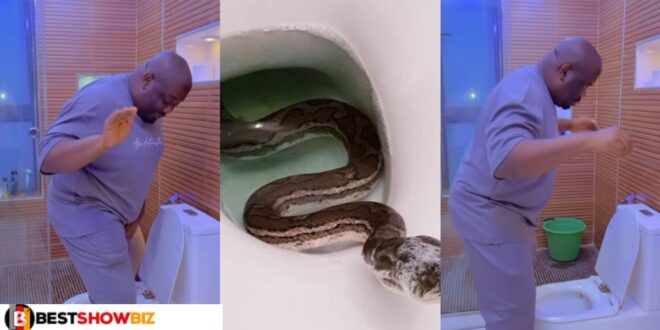 Don Jazzy, an Afrobeat Producer, has educated people on how to avoid snake bites on their Water Closet.

This followed the viral news of a snake biting a Nigerian Airforce woman in a water closet.

Lance Corporal Bercy Ogah, a young lady, died after being bitten by a snake lurking in a water closet.

Following the terrible news, several Nigerians resorted to social media to share their experiences with snakes lurking in their toilets.

Don Jazzy used the opportunity to educate the people on how to avoid such sad events by posting a video on his Instagram page.

According to the video, he encouraged the people to face the water closet instead of sitting on it normally so that they would be attentive to see the snake and jump away if any were hiding around.

He then went on to discuss more practical ways to keep snakes out of a toilet.