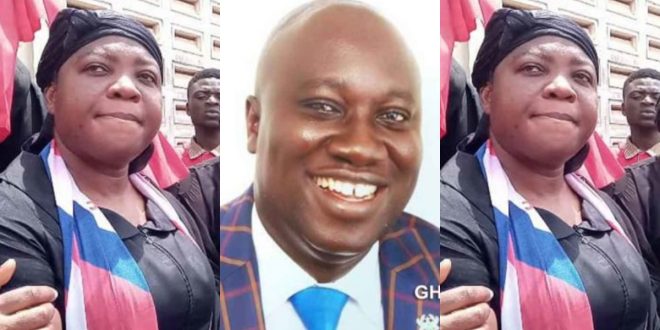 The Mfantseman Constituency has voted for Mrs. Ophelia Mensah Hayford, the wife of the late former M.P Mr. Ekow Kwansah, to continue the good work her husband had ongoing before his murder.

She won the Mfantseman Constituency with 36,021 against her competitor Mr. James Odziifo Essoun who had 32,438 votes.

Mr. Ekow Quansah Hayford was reportedly shot and killed at point-blank range in an armed robbery attack while he was returning from some campaign activities on October 9.

Following the sad incident, his wife, Mrs. Ophelia Mensah was asked by the New Patriotic Party to step in and continue the work of her husband.

Though People spoke against the directives by the NPP party executives, that did not reflect in the vote as she has been voted in as the Member of Parliament.