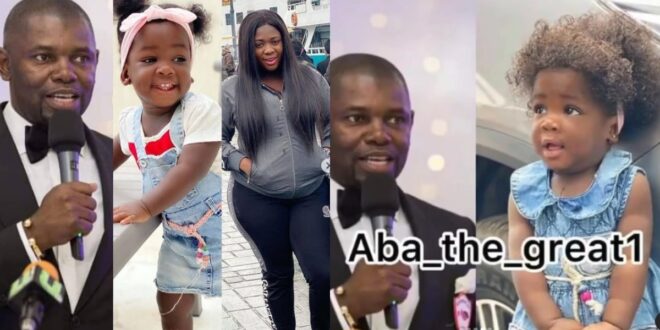 Mr. Martey Kwaku is alledged the owner of Tracey’s mansion and the father of Nhyira (+details)

This accusation against the Kumawood actress and producer was first made public on Aba The Great, a blogger’s Instagram page.

Tracey Boakye announced this after relocating from her East Legon home to her current mansion in Ashley Botwi.

Mr. Martey Kwaku Osei Brobbey, according to the blogger, is the landlord of Tracey Boakye’s former home in East Legon, Mempesem.

After announcing the house’s owner, Aba The Great stated that Tracey Boakye’s baby daddy, the father of her daughter, is Mr. Martey Kwaku Osei Brobbey, an East Legon businessman.