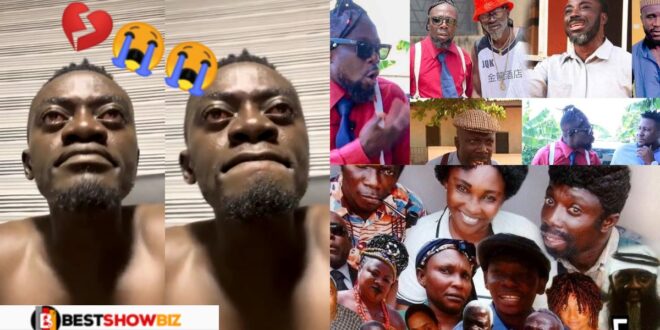 Mr. Beautiful finally explains Why Big Akwes And Other Kumawood Actors Hấte Lilwin so much

Mr Beautiful, a Ghanaian actor  has shared his thoughts on why Big Akwes and other Kumawood stars despise Lilwin in a new interview.

Big Akwes has been making derogatory remarks about Lilwin for quite some time at this point.

Even though it is unclear why he is acting in this manner, he stated in a video that Lilwin should be informed of the truth since he is acting inappropriately.

According to Mr Beautiful in a recent interview with Sammy Kay, Big Akwes and other Kumawood stars despise Lilwin and have a vendetta against him.

He made it clear that they view Lilwin’s ability as a threat because they are struggling to meet their obligations.

Mr Beautiful further revealed that Lilwin’s failure to provide Big Akwes with a place to stay following his request may have had a role in the incident.

He also expressed his displeasure with the “bring him down syndrome” that some Kumawood actors suffer from.