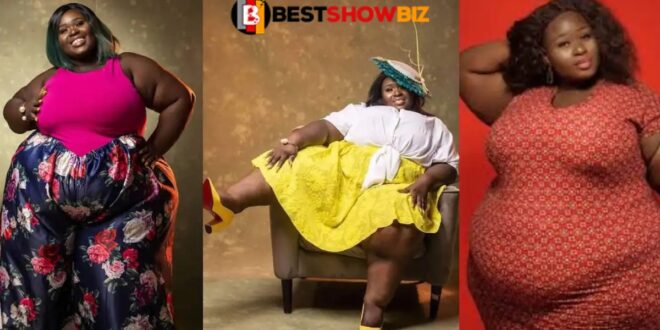 Precious Mensah, also known as PM Reigns of Di Asa, was caught showing off her dancing talents during an interview on a live TV show.

The plus-size dance competition winner was asked to show why she earned the title in a video seen by YEN.com.gh, and she did so with ease.

PM Reigns, who was on the live TV broadcast as part of a panel of panelists, got up and danced to the music playing in the studio.

She was spotted dancing in a gorgeous outfit while shaking her body to the music playing in the background.

In a stunning snapshot taken during the opening of his foundation, Thomas Partey proudly displays his proud parents.

As she danced brilliantly with her back to the camera, several of the panelists and the program is host could be heard cheering her on.

PM Reigns made an appearance on Kantanka TV’s Xcel Plus show to speak about plus-size women in Ghana.

The dance queen rose to prominence after outdancing other plus-size ladies in one of the Di Asa episodes and winning.