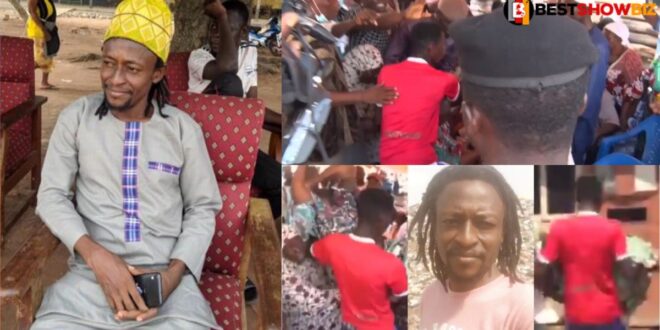 The mother of Ibrahim Mohammed Alias Kaaka collapsed in front of Interior Minister Ambrose Dery during a visit to the family.

It has since gone viral.

After meeting with the interior minister, a video of Kaaka’s mother being brought to the hospital went viral.

Based on the president’s directives, an investigation into the events that led to Ibrahim Mohammed alias Kaaka’s death has been launched.

However, the minister was taken aback when Kaaka’s mother collapsed in his presence while he was meeting with his family.