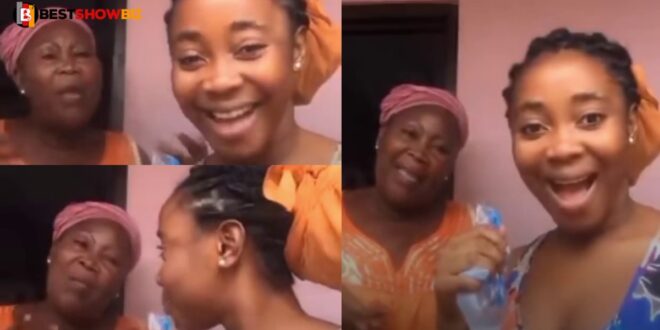 Mother exposes her daughter, says she is single because she does not like bathing (video)

On the internet, a humorous video of a mother exposing her daughter for being single because she dislikes showering has surfaced.

In the video, the concerned mother explains why her attractive daughter, who is of marriageable age, is still single.

Her daughter detested bathing, especially at night, according to her mother.
She explained that because her daughter is unmarried and does not have a companion, she dislikes showering at night.

She then pleaded with her daughter to find a boyfriend as soon as possible so that she could begin bathing properly.

Read Also  Kidi spotted dancing to Diana Hamilton's Adom song after losing VGMA Artiste of the year to her.
Share