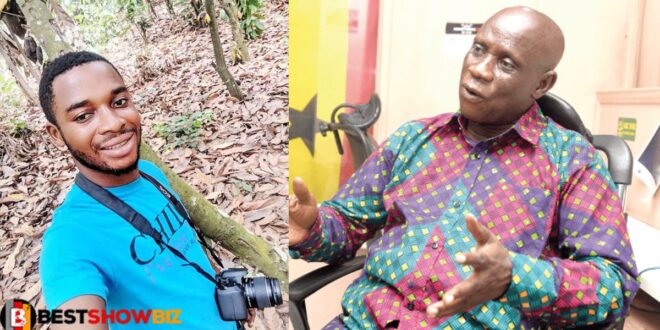 Nana Obiri Boahen, a private legal practitioner, has disclosed that 99 percent of Twene Jonas and Kelvin Taylor’s followers, who have irritated the NPP government, are NDC sympathizers.
He claimed that criticizing high-profile individuals does not run a nation.

Ghana, he claims, has not evolved swiftly, but its progress is significantly superior than that of certain other countries.

Twene Jonas, who is estimated to be between the ages of 28 and 30, is the most popular man who is on the status and timeline of roughly 5 out of 10 Ghanaians on social media.

Twene Jonas has immigrated to the United States of America and is currently gaining recognition through his Facebook live streams.

He is famous for trolling Ghana, its people, and its officials, and he has an opinion on practically everything, which he refers to as “his truth!”

Twene Jonas believes that Ghanaian officials are just lazy, stupid, and greedy, which explains why the country has been unable to progress at a decent pace despite having all of the necessary resources.

watch TO THE VIDEO BELOW: