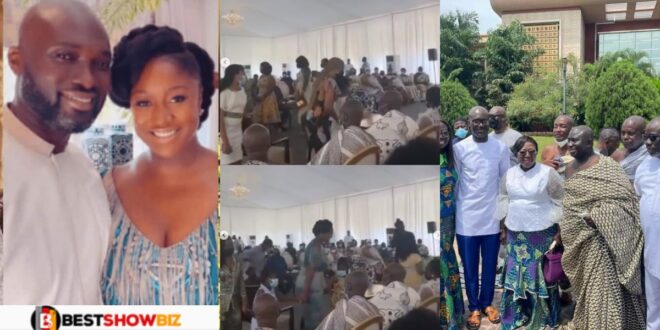 According to the news, the wedding was attended by the high and mighty of Ghana’s current politics.

Former President John Akyekum Kufour and Chief of Staff Akosua Frema Osei-Opare were among those present.

The video we sighted showed Kwabena Jumah and Edwina Akufo-Addo performing their first couple dance as well as posing for some photos.

In another video, the newlywed couple can be seen having a hearty conversation while smiling for the cameras.

According to reports, the couple married on Saturday, October 9, 2021, in a simple wedding ceremony at the Flagstaff House.