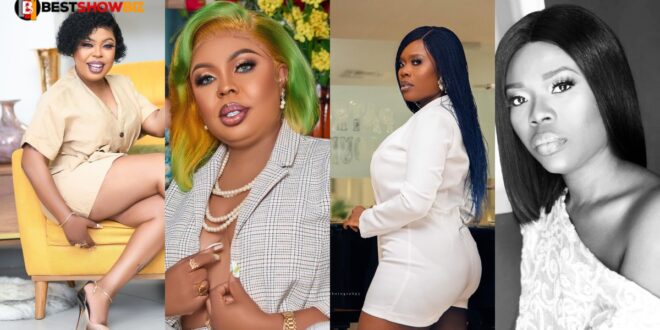 Afia Schwarzenegger has angrily attacked her former friend Delay in a new video, and it was a disaster.

She also referred to herself as the “Queen of Bareness in Ghana,” claiming that she had aborted all of her children.

This was caused by Delay’s recent appearance on her Delay Show, which is usually spiced with mockery as she brags about herself.

In the preface, she listed numerous birds, including the Bolar bird, as falling below her standards.

This one was communicated to Afia Schwarzenegger, who was aware of her shade and so came out in such force to also slam Delay.

Afia Schwarzenegger said in the video that she is changing because she respects her boyfriend, and she revealed that Delay previously ch0.pped a politician, and the person is the source of her Delay in life.