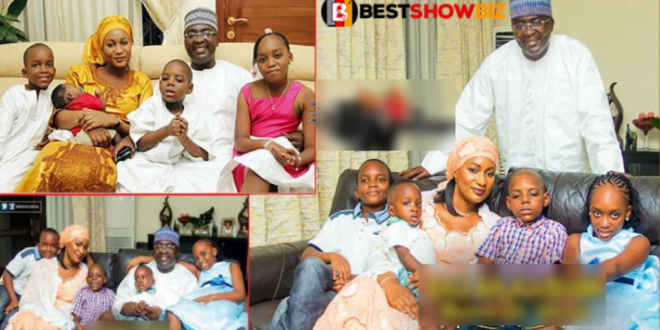 Alhaji Bawumia, the economic guru, is presently 57 years old and will be 58 in October 2021.

Dr. Bawumia, who comes from a wealthy family, is the 12th of his father’s 18 children and the second of his mother’s five children.

Before his death in September 2002, his father, Alhaji Mumuni Bawumia — a teacher, lawyer, and politician — was a Mamprugu Royal and Paramount Chief of the Kperiga Traditional Area in Northern Ghana.

Dr. Bawumia is married to Samira Bawumia (Ramadan), the only daughter of Alhaji Ahmed Ramadan, the former PNC National Chairman.

Dr. Bawumia and Samira are the parents of four children.

Some media sources recently claimed that he was also married to one Ramatu Bawumia, his alleged first wife.

However, in a press statement issued by his spokesperson, Dr. Gideon Boako, Dr. Bawumia has disputed the claims, claiming that he is unaware of the lady in question.